All Collections
Creating your report
Adding coverage to your report
Do you check for duplicate coverage I add to a report?

Do you check for duplicate coverage I add to a report?

Duplicate URL coverage
a
Written by alan@coveragebook.com
Updated over a week ago

We check for complete, exact duplicates of URLs (with one exception, explained below*), that is: 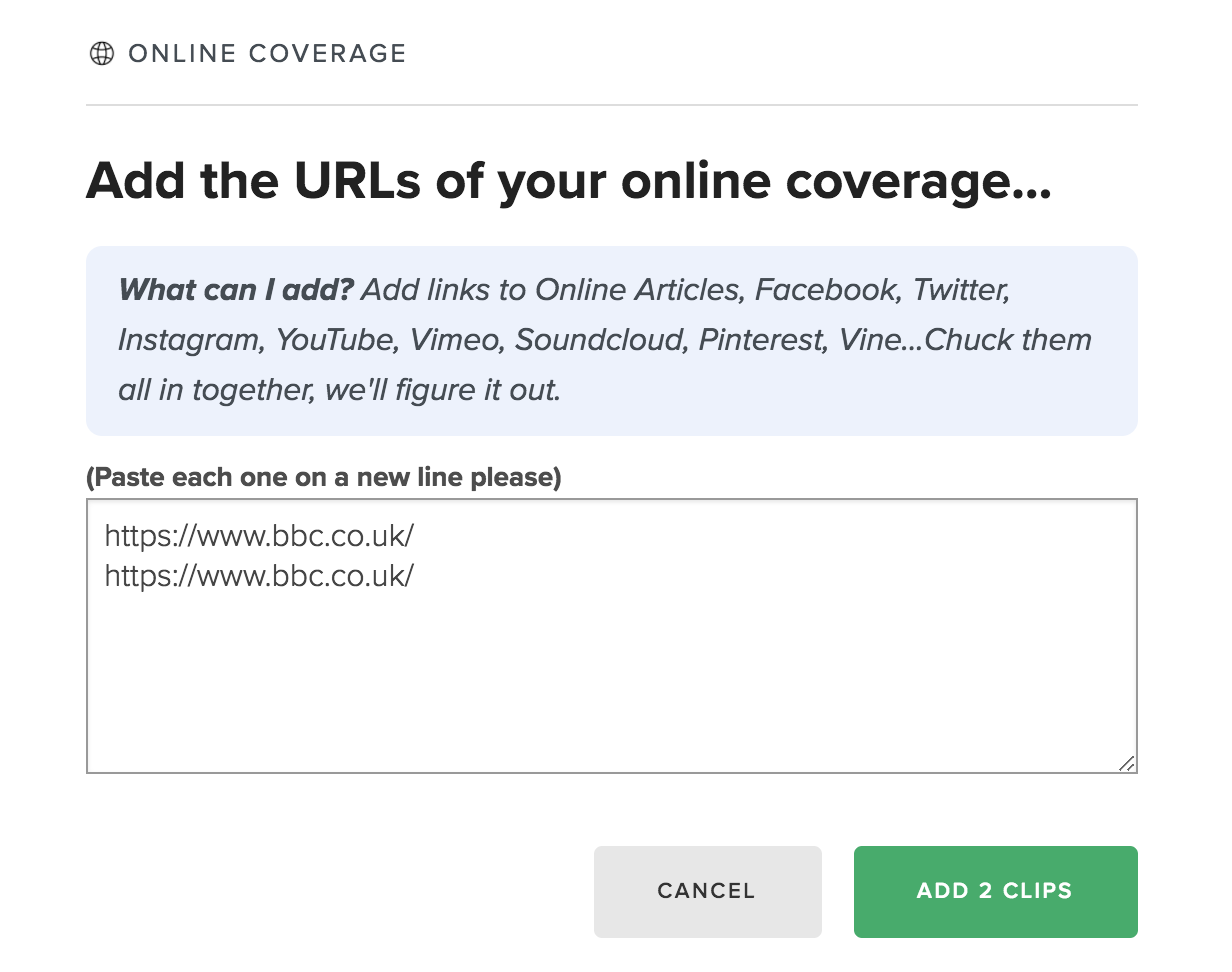 Are exactly the same and we would detect them as duplicates.

Then we would not consider them duplicates.

So we check for complete, exact matches.

*The only exception is where we've attempted to open up to match the possibility of someone entering:
bbc.co.uk
http://bbc.co.uk

We temporarily add 'http://' to the first URL and these would be caught as duplicates. With the assumption someone just selected the visible part of the browser address bar, we would try to catch that and alert the user.

But it's generally best to disregard this exception and assume that the URLs have to be exactly the same as each other, for us to detect them.

This would be the case if you are entering the URLs from the same source, ie: copying from the browser address bar, or from the same monitoring service report.

It's best to try and make sure you're entering URLs in the same way, ie: making sure no one is purposefully removing the 'https://' from the beginning of URLs, etc.

Did this answer your question?